Known simply as “Riggo“ to the thousands who have laughed and learned while attending in his programs, Ed Riggins has had a career that proves you can enjoy serious success without taking it all too seriously. He learned from stand-up to look for the truth in the funny and from improv to find the natural flow and go with it.

Riggo mowed lawns, customized cars, drove a forklift, and was a small engine mechanic on his way to becoming a first-generation college graduate.  From there he become a national top producer, was named “Who’s Who of Commercial Real Estate“ by the Atlanta Business Chronicle, and recognized as a “Power Broker“ by Costar.  He’s among less than 1% of practitioners nationally to have earned both the SIOR and CCIM designations. 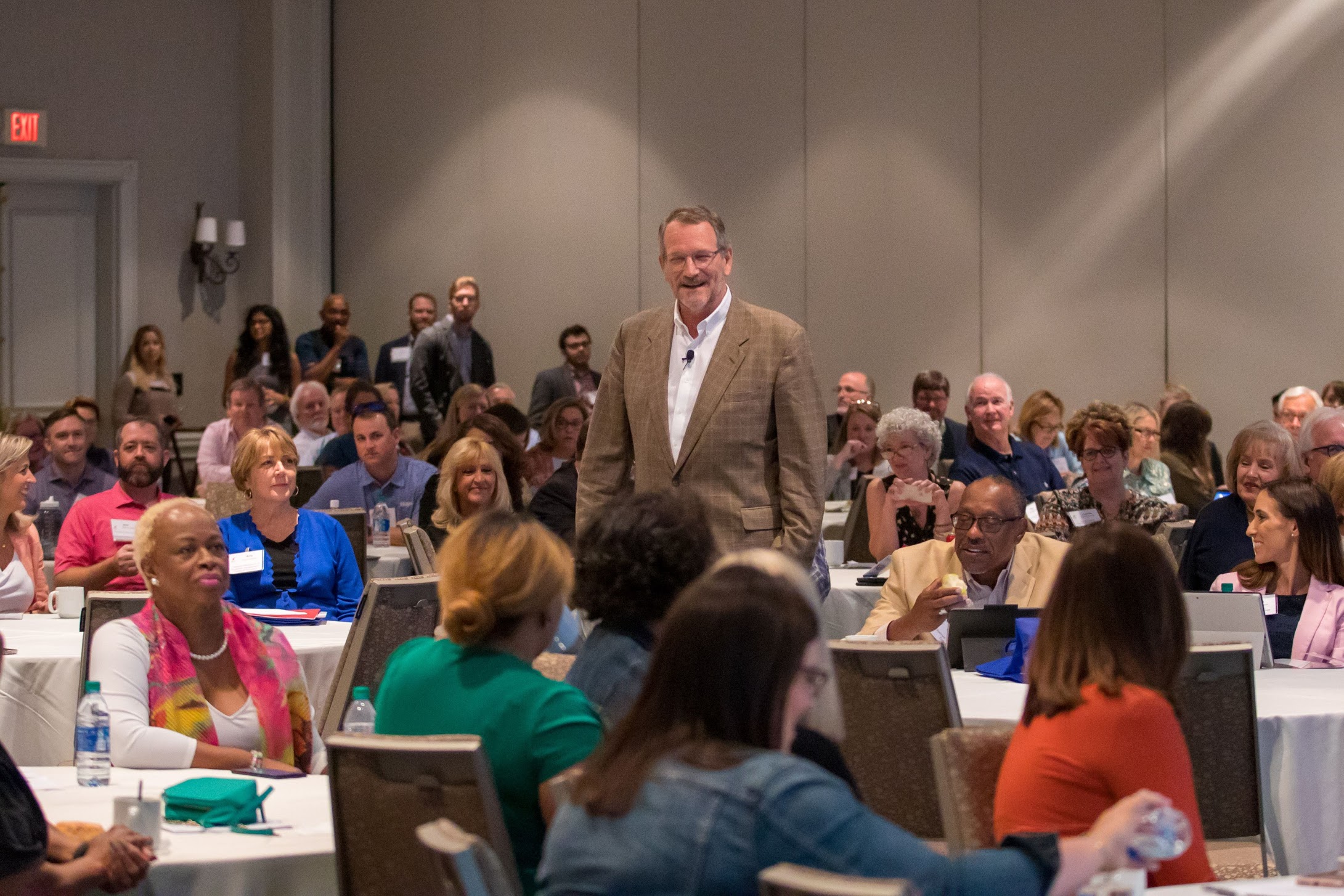 “I have had the opportunity to work with Ed several times over the years and he has proven to add significant value each time I have approached him about a real estate transaction. He is always very responsive when I need assistance and he consistently delivers great solutions. He is a great communicator and has the unique ability to get people at all levels within an organization to understand the pros and cons of options under consideration. I highly recommend Ed as a high integrity professional worthy of consulting on any commercial real estate transaction. “

“Ed is a detail minded, quality real estate professional who has consistently represented my company in a fair and professional manner. I would highly recommend Ed as both a public speaker and a commercial real estate broker as he has always demonstrated a high degree of integrity and urgency in all of my dealings with him.”

“Ed is an excellent negotiator and advocate for your commercial real estate advisory and requirements. We use only Ed for our needs as our business grows and needs the space to grow. On top of that, he’s one of the most likeable, honest people you would ever meet. He knows his business and he also thinks like a businessman and can put himself easily in the client’s shoes! I highly recommend Ed!”

You can find out more about which cookies we are using or switch them off in settings.

This website uses cookies so that we can provide you with the best user experience possible. Cookie information is stored in your browser and performs functions such as recognising you when you return to our website and helping our team to understand which sections of the website you find most interesting and useful.

Strictly Necessary Cookie should be enabled at all times so that we can save your preferences for cookie settings.

If you disable this cookie, we will not be able to save your preferences. This means that every time you visit this website you will need to enable or disable cookies again.